A great book of mine, about the Hebrew astrology and kabbalah, written by Miriam Binyamini and Yonadav Kaploun, is suggesting a very nice link between the biblical idea of Time for Everything, brought on Ecclesiastes 3, and the 12 signs.

(book can be seen and bought here).

The text from Ecclesiastes 3, for those of you who forgot, goes like this:

There is a time for everything,
and a season for every activity under the heavens:

According to Binyamini & Kaploun, each sign’s notion of salvation is being expressed in these lines, like this (illustrations are mine):

Aries is linked to a time to kill and a time to heal – two of its most dominant abilities, the violent of killing and the leading qualities plus the physical manifestation suggested in healing.

Taurus is linked to a time for war and a time for peace – being on one hand the peacefull creature he is and on the other, having the ability to persist and fight on what’s theirs. This “time for” is also connected to time, another great asset of Taurus, and the understanding that THINGS TAKE TIME. 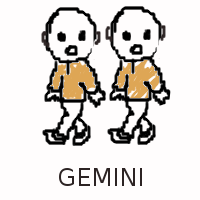 Gemini is being represented in a time to be silent and a time to speak, having their endless need to speak and exchange information. In this context, the writers mention the idea of two different redeemers – messiah Ben Yossef and messiah Ben David, as the duality of the Gemini sign.

Cancer, with their strong emotions, is linked to a time to weep and a time to laugh, while exemplifying  a personal and emotional perspective of the salvation and the time being until it arrives. 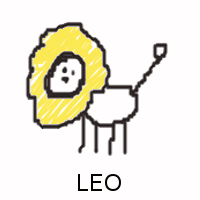 Leo is represented in a time to embrace and a time to refrain from embracing – because of their warm heart, their embracing of the outer world with authority and guidance and their sometimes lack of perspective. Leo is HEART and a hug is close to the heart.

Libra is a time to love and a time to hate, as simple as that but also as complicated as that: Libra hates hate and quarrel and loves love and peace. but with their balanced nature and sense of justice they know there are love times but also hate times  and that the one can’t live without the other. 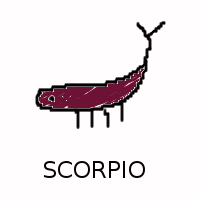 Transformative Scorpio’s sentence is off course a time to be born and a time to die. not only transformative processes of birth and death are it’s realm, but also the idea of resurrection that is expected with the coming of the messiah, is a Scorpio idea.  The mystical elimination of boundaries between the leaving and the dead, connected to salvation, is a completely scorpion idea.

From now on, things become a bit complicated with the last 4 signs:

The Sagittarius time is  a time to search and a time to give up – due to the Sagittarian constant search of truth, of new ideas and new horizons and experiences – but also due to it’s lack of attachment to matter, in a way that implies loss, giving up.

Aquarius is somewhat like Capricorn, with a time to plant and a time to uproot – only this sign is doing a much more fundamental job when destroying an element: it will uproot it, cause a total destruction, and plant a new seed of the new. 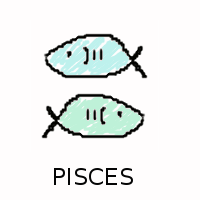 and last one, Pisces, is connected to a time to mourn and a time to dance due to its extraordinary ability of mood changes, caused by its remarkable ability to absorb its surroundings. Pisces is prone both to an extreme, ecstatic, happiness and to a deep, black gooey sorrow.

Get you own Personal Astrology Reading