Get you own Personal Astrology Reading

Since the spreading of the covid-19 and its arrival to Israel I have been fascinated by its astrological manifestation and analysis.

Sometimes, as planets teach us, life is just not fair.

Life seems to be unfair whenever we feel as if a lot had been put on achieving something until some breaking point occurred: a point of no return was crossed and there’s no way back.

We are talking here about the conjunction of Saturn and Pluto, an encounter that repeats itself every 34 years or so and was responsible for many world-wide crisis, the  Saturnian cruel facing of harsh reality with transformative force by Pluto can cause, depending on the location of other planets, a world wide disasters such as a disease, war, terror wave and so on .

With an addition from Jupiter conjucting too this whole tightness , the events became – well, Jupiternian, Sagittarius like: spreading themselves all over the place, taking whatever reality they are creating / facing and makes a lot of it.

A transformative (Pluto) deep process (think Phenix) meeting the must to face reality with no masks force (his highness, planet Saturn). Only here, in this Covid-19 crisis-like constellation of the sky, Neptune was involved with a series of retrograding in Pisces creating many rumors and some attractive, secret appeal to the planetary show being demonstrating on us here on earth. And now Saturn is retrograding, the world is in between the first and second wave of the corona virus attacks only next one is happening with Saturn being in Aquarius, affecting us on a less physical (Earthy Capricorn) more mental post-institutional (Airy Aquarius) level. Big organizations (NGOs and other shared-interests based communities) will play a hugh role here. But it will only take 2 years or so before Saturn moves on to Pisces.

To heal us all towards the new cycle in Aries.

(Heal us through hardships and reality but still heal and clean)

Thank you for reading

May God save you all

To understand Saturn in a chart try to combine the following qualities with the interpretation of its placement by house and sign: 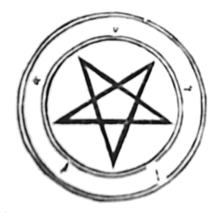 These days are Capricorns’ birthdays, so I’d like to dedicate this post to Saturn, Capricorn’s ruler in astrology. I’d like to focus on the tricky idea of Saturn as “the great tutor” – it’s astrological nickname nowadays.

I’ve been trying to figure Saturn since the beginning of this millennium. Back then, I had him visiting my 1st house, not nataly but as a Gemini: all Geminies had Saturn in the 1st cause Saturn was moving into Gemini and stayed there for about 2.5 years.

Nowadays, for Geminies, Saturn is dealing with our everyday, habits, work, health and service house – the 6th.

What are you, Saturn?

Saturn is the restrictions and hardship planet. It relates in astrology to “heavy” stuff: duty, obligations, restrictions, inhibitions, guilt and outside limits, but it also forms the ability of one to work and build for oneself, to plan ahead and to form something in one’s life.  Before the concept of Saturn as a tutor, it’s being experienced personally and interpreted astrologically as a giver of restrictions and hardships.

The “new age” attitude puts Saturn, along with Chiron, as some kind of “chance givers” – when we are being forced to deal with those two planets (either in their placements in our personal natal chart or in their transits into the signs and houses)we get an “opportunity”: Saturn gives the opportunity to know ourselves and our limits (as “doing inner work” and “digging inside our real abilities and karma and self” knowing) while Chiron gives the opportunity for “healing” (in quite the same “spiritually-development” ways).

Neither of these concepts is the whole truth. Saturn is neither the chance giver only nor the great hardship pusher only. It’s not a nice opportunity to get rid of unusefull things we cling on to but it’s also not the planet of the ever lasting debt. It’s both, and it is also a great tutor, as long as one knows the limits of the “lessons” they are going through.

Saturn carnations in History of Astrology

Actually, if we think of Saturn “image” or “persona”, we see, that until the new age it was perceived by astrologers as some really scary monster (this link is to David Bowie song scary monsters – Bowie is a Capricorn and a very interesting saturanian figure) or as a planet of duty, debt and heavy responsibilities, including the “debt” humanity owes to god as the giver of life, therefore it was also connected with death, as well as marriage, the church, high status, the law. Judaism, the first religion from which Christianity and Islam were derived, is also known to be under the mark of Saturn and the sign of Capricorn. During the last decades, Saturn have become the “great tutor”, as part of a general approach of converting “hardships” forced from the skies (i.e., Christian and religious concepts) into “privilege” of learning and knowing something about ourselves (i.e., new age perceptions, self-development and spiritual concepts).

from being the evil, even devilish face of astrology, Saturn has become some tough but yet nice guy: a guy that all we need to do in order to be able to deal with it is accepting his authority upon us – sort of like a father figure. But here lies the great mistake and misunderstanding of the great tutor. This authority is tricky, deceiving and sometimes even leading astray: the lessons Saturn wants to teach us is not the lesson of authority but the lesson of knowing our limits from within. Its not “what is it in our lives that limits or restrict us” – its “how we negotiate it and manage through it” and “where are our inner limits and inhibitions lie”. The negotiation itself and the knowing of the whereabouts of our limits are both the lessons of Saturn. Some of us need to learn to demand our most basic rights, while others need to learn not to force their own will upon others, or to take into account also other’s rights and wills.

What can we learn from Saturn?

So the Saturn way in our lives is the way of a real tutor – a one that knows just how much he doesn’t know. A real tutor knows there’s nothing he can teach his students or practitioners – all they have to know, they must learn themselves. The real tutor, therefore, ask questions without knowing the answers. Not like a quiz or a trivia game, where there is 1 possible answer to any given question, the answers to the questions and dilemmas we face while Saturn is involved in our lives are many, and the right answer is the one suits most to our resources: our character, abilities, limits, restrictions, atc. In order to measure all our resources correctly we need to be realistic and to know ourselves, without fear and without wishful thinking. Those areas (measurement, resources, realism, fear and disillusion) are all being ruled by Saturn. This is his harsh realism and those are the “lessons” we learn throughout our lives.

Example of the influences of Saturn position in Natal Chart: Saturn in the 7th house

The place (house and sign) where Saturn is presence in your natal chart is where you will feel this need, force, tendency or obsession the most. Another option for the function of Saturn in the natal chart is the function of guilt. Again, depending on the placement of Saturn (house and sign) it will indicate the areas in life where you tend to feel guilty and where guilt, over-responsibility and doubts are most common, sometimes leaving you too overwhelmed with burden and therefore unable to act.

For example: Saturn in 7th house in Scorpio will make you super aware of the give-and-take aspects of every partnership, including love relations. You might have a constant feeling of being used by others or using others, and you are always aware of your part in the process of bonding. Or, you are very much aware of the realistic limitations that connect or separate you from others: you never find yourself being carried away as you always aware of Everything.

something nice for dessert: Jack Sparrow as a Saturn-Mercury combination

One very nice example of what I was pointing here about Saturn is the Johnny depp role as Captain Jack Sparrow in “Pirate of the Caribbeans”. Jack always negotiates his position and always tries to take, have and posses more then he gives. He always tries, quite blatantly, to maintain an upper-hand position. He doesn’t care destroying others lives to maintain his own privileges. And quite often, he pays a heavy price for that – including in his own life (the 2nd movie).

Jack is also quite a mercurial type: he talks himself out of almost every situation and improvises his escaping routs . “does he plan it all in advance or does he improvise?” – the navy commander asks the navy captain when, again, Jack escapes under their nose in a brilliant spontaneous and non predicted act. it’s a good question:  it seems as if in Sparrow’s case, as in some of the Capricorns and other Saturenian types, the plan is to improvise, and the improvisation is well planed. This is also the tense between both signs and planets – Gemini-mercury and Capricorn-Saturn: the former always has a plan, the latter never has a plan, it only improvises.

Johnny depp himself is a Gemini sun (ruled by mercury) with Capricorn moon (ruled by Saturn) so this role represents his main natal planets very well.